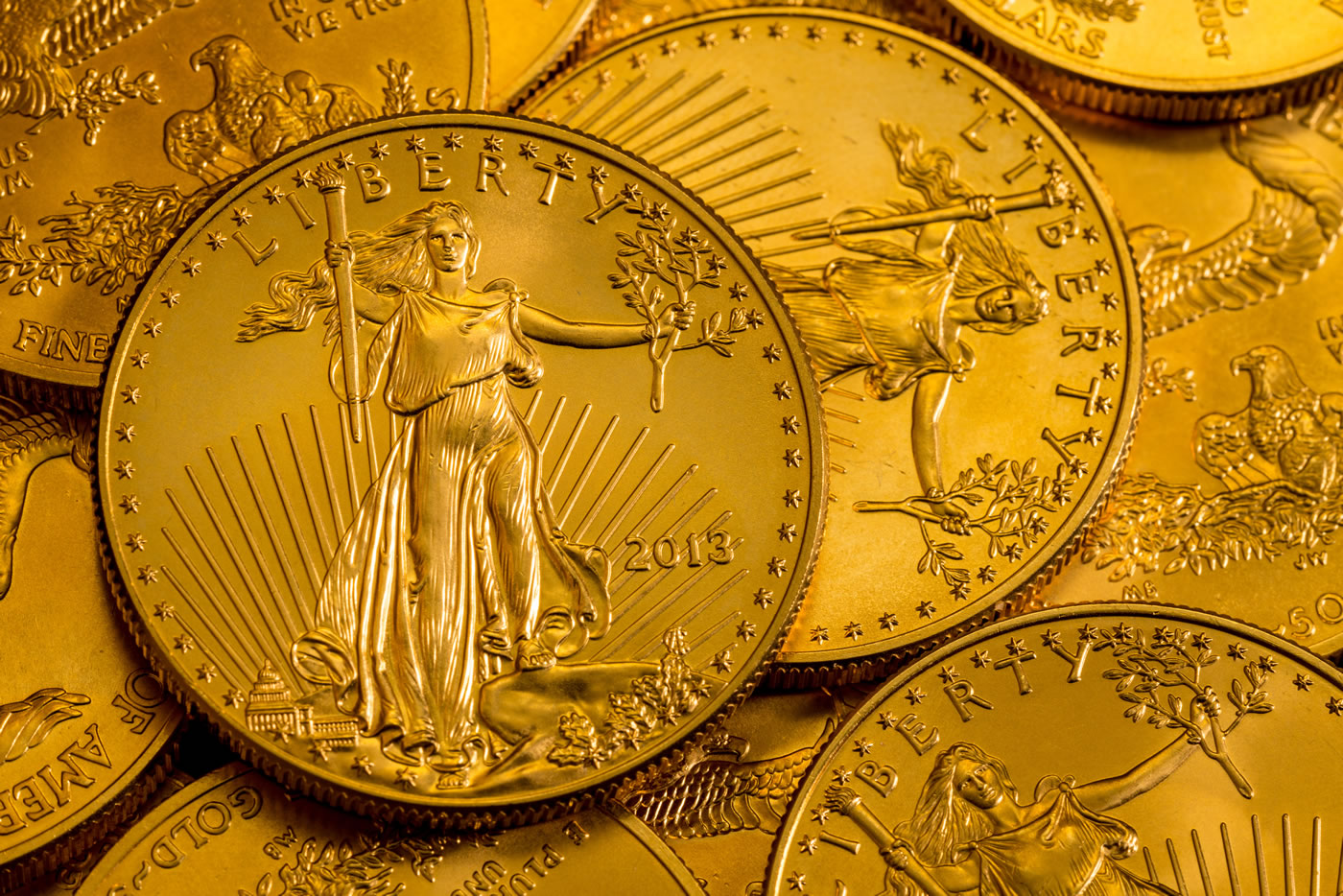 We’ll help you understand the origins of American Eagle Coins, why they’re valuable, and why we’d like to buy them from you.

The first American Gold Eagle coin was minted back to 1986 following Ronald Reagan’s signing of the Gold Bullion Act of 1985. The act had both a political and economical agenda. In part, the Gold Bullion Act was a measure to hinder the popularity of foreign gold coins, such as the South African Gold Krugerrand and Canadian Gold Maple Leaf. 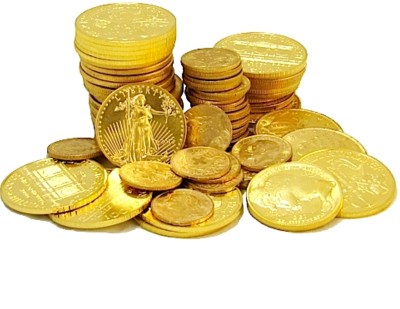 Although the Canadian Gold Maple Leaf Coin existed, due to the ban there was a huge demand for gold coins that needed to be filled, hence the Gold Bullion Coin Act of 1985. The Act mandated the Secretary of Treasury to mint and issue gold coins worth $50, $25, $10 and $5, based on weight of gold. It required coin production quantities to meet public demand and be made from natural deposits in the U.S. or in a U.S territory. Furthermore, the act required all profits from the sale of the coins be deposited in the Treasury and directed to reducing the national debt.

Creating the coins on American soil meant jobs for American miners which lead to the American Eagle Gold Bullion Program and in 1986 the production of the almighty American Gold Eagle Coin. The biggest gold coin the U.S Mint creates is the 1 oz American Gold Eagle which holds a face value of $50, but is known for selling at quite higher due to their intrinsic value. The coin is made of 22 karat gold, or 91.67% pure gold. The remaining makeup of the coin is 5.33% copper and 3% silver.

The 1 oz coin actually weights 1.0909 troy ounces due to the addition of copper and silver melded with the 1 troy oz of pure gold. Other denominations of the Gold American Eagle Coin of $25, $10 and $5 are comprised of the same gold purity levels and mix of copper and silver, but are smaller and weight proportionally different.

Possible you have a American Gold Coin or two at home. If you want to sell gold coins in South Florida, then you can head to Keno Brothers‘s for a fair evaluation on all denominations and conditions.

To help yourself with price negotiation it would be wise to learn more about the coins rich history and checking the daily value of American Gold Eagle coins online before selling your gold coins. According o Monex.com, as of February 18th the value of a 1oz American Gold Eagle Coin was $1620.90

The coins are legal tender, so you can use them for any private or public purchase at their face value. The financial regulations of the American Gold Eagle Coin goes as follows.

As you look closer at the American Gold Eagle coin you can see an illustration of Augustus Saint-Gaudens’ full figure of Lady Liberty with her hair freely blowing in the wind. In her right hand you will see a torch and in her left hand an olive branch, while the Capital building fills the background.

The design was actually taken from the $20 Saint-Gaudens gold coin, after Theodore Roosevelt started an initiative to design coins more like the ancient Roman and Greek coins. On the other side of the coin you will find a Miley Busieks’ sculptor which features a male eagle delivering an olive branch to a nest of a female eagle and her hatchlings. The reverse side of will be redesigned in 2021 with more anti-counterfeiting measures. 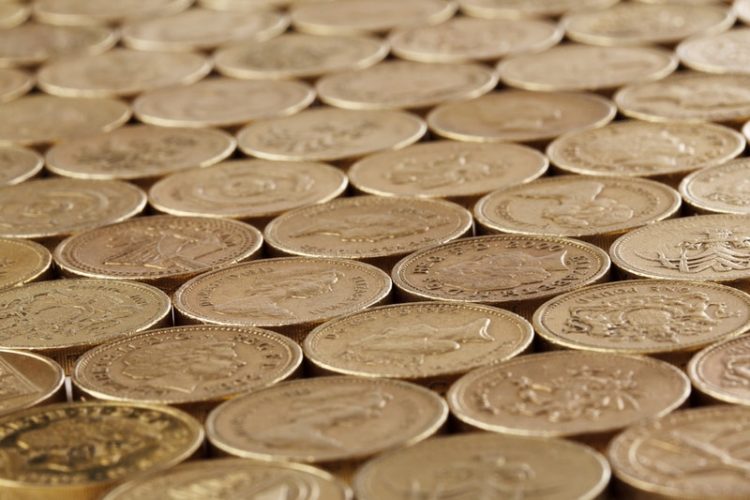 The Silver American Eagle is 1 oz of 99.9% pure silver and holds a face value of $1. Silver American Eagles feature a portrayal of Lady Liberty by early 20th-century sculptor Adolph A. Weinman. Lady Liberty strides across the front side of the coin, draped in the American flag. Her right hand extends outward and she holds branches of laurel and oak in her left. The reverse design, by sculptor John Mercanti, features an eagle with a shield. The eagle holds an olive branch in its right talon and a bundle of arrows in its left.

The American Silver Eagle has been produced at three mints: the Philadelphia Mint, the San Francisco Mint, and the West Point Mint. In 2019, 15,032,000 Silver American Eagle were sold.

Creating the American Platinum Eagle started towards the end of the 20th century.

The legislation process to create the American Platinum Eagle began in 1995. Initially, the 99.95% platinum coin was released in 1⁄10, ​1⁄4, ​1⁄2 and 1 troy oz denominations with a face value of $10, $25, $50 and $100 respectively.  However in 1998, the fractional denominations were discontinued, leaving only the 1 troy oz version. What is particularly unique about the American Platinum Eagle is that the design changes every year, but a common theme ties years together. For instance, 2018-2020 marks The Preamble to the Declaration of Independence series which features Lady Liberty writing a particular word from the Declaration of Independence. 2018 read Life, while 2019 read Liberty. In 2016, 20,000 American Platinum Eagle coins were issued.

Now that you know a little more about American Eagle coins, you can make an educated investment. But how do you buy American Eagle coins? The Mint does not sell American Eagle coins to the public, they distribute the coins through trusted companies called authorized purchasers. For example, The U.S. Money Reserve specializes in selling the coins produced at the U.S. Mint. Explore a Listing of Bullion Retailers and the steps of Becoming an Authorized Purchaser.

Beware that the price of the coins depends on the market price of the metal, plus a premium for distribution and marketing costs. It is a common rule of thumb to hold onto a coin for at least 3 years before trying to trade them and the precious metals are often held within an Individual Retirement Account.

Even though precious metals showed a relatively steady increase in value, no return on investment is guaranteed. Who knows, any day a meteoroid of gold could strike the earth, tipping the scale of the economy.

Looking to sell your American Eagle coins in South Florida?

Now that you understand these coins better, you should be more confident in making an investment in the currency or understanding why now is a great time to sell.